Soil fertility is one of the most important soil characteristics for crop growth. Crops require nitrogen, phosphorus, potassium and other nutrients at the right levels to grow properly and yield well. Fertile soils retain moderate to high levels of the nutrients needed for plant growth and good yield. Both soil organic matter and mineral composition influence inherent fertility. They affect the nutrients present, how they are stored in the soil, and, along with soil biology, how nutrients are made available to plants. 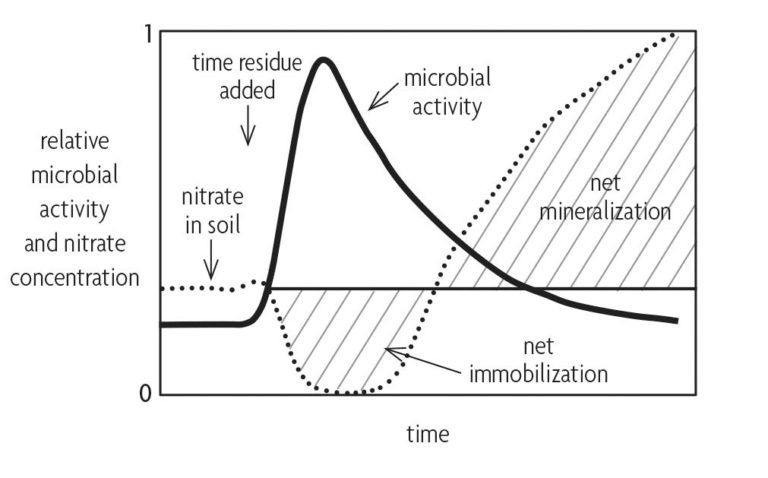 FIGURE 3.7. Changes in soil microbial activity and nitrate levels with the addition of plant residue with a low nitrogen content [12].

Figure 3.7 shows this process over a growing season when a low-nitrogen, high C:N ratio plant residue is added to the soil. At first, microbial activity increases and nitrate concentration decreases as microorganisms decompose the residue, grow and incorporate nitrogen into their bodies. This process is referred to as immobilization. Microbial activity eventually declines and microorganisms die. Nitrogen is then released as the dead microorganisms decay. The advantage and disadvantage of nutrient release by organic matter is that it happens slowly over the growing season. This can mean that, with every rainfall, decomposition is encouraged and nutrients are released. It also means that nutrients, particularly nitrogen, may not be released fast enough when crop demand is high.

Soil organic matter has other effects on fertility such as making soil phosphorus more available to plants. These effects are intimately tied to soil biology. We often think of fertility simply in terms of adding fertilizer or lime. The chemical component of fertility is certainly important, but soil biology also plays an important role.