Paul Davis is growing pumpkins with no-till, as seen in Figure 18.4. Following a no-till rye cover crop, Rawlins is growing strip-till watermelons on plastic. There is less soil-laden splashing on leaves and stems. There is less contact between the fruit and the soil. Both of these reduce disease. Reducing disease increases production quantity and quality. Both Davis and Rawlins receive higher prices for their higher-quality produce. 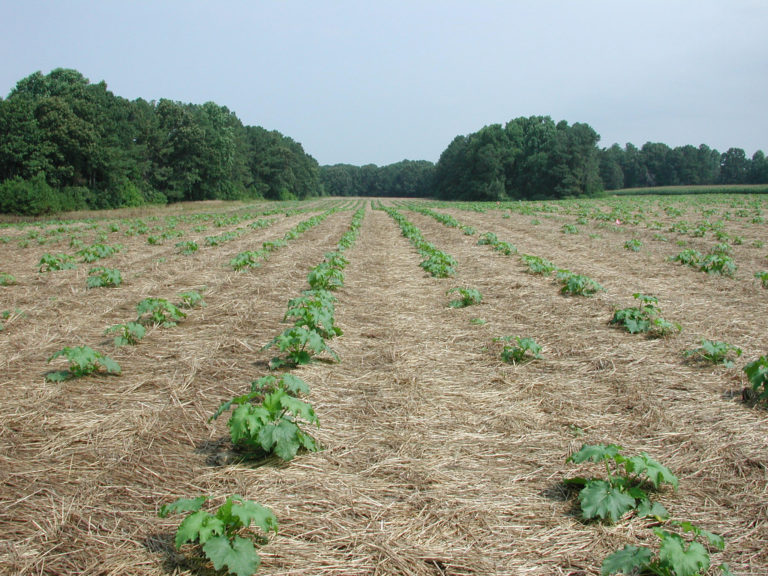 Rawlins compares the steps in producing watermelons with conventional tillage versus with no-till. With conventional tillage, the March winds bent and sandblasted the young plants; six trips were made across the field; and sheet and rill erosion due to watermelon production was significant. With no-till, the March winds had little effect because the straw took the brunt of the wind; there was only one trip across the field; soil erosion no longer created major problems; and there was less disease and fruit rot. Rawlins also successfully grew no-till snap beans. He discontinued snap beans only because of the unfavorable market price.